The Ethnographies of Anime

By international cinemaJune 3, 2019 No Comments 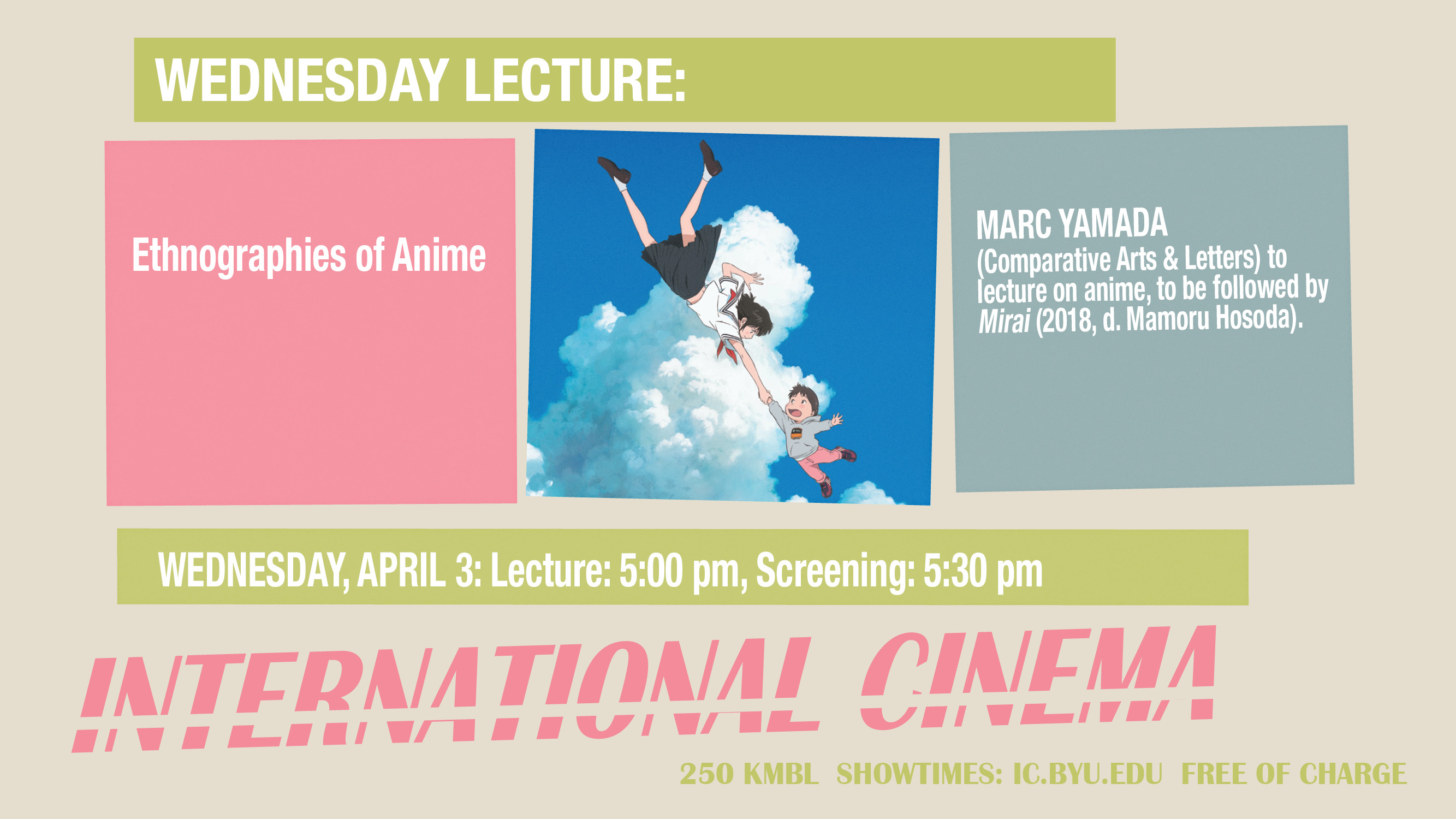 PROVO, Utah (April 3, 2019)—Anime. This word brings to mind different things for different people, including ninjas, magical girls, and adorable, doe-eyed protagonists. This style of animated Japanese film and television is something that has become vastly popular in the last few decades. Whereas before, anime was seen as a niche interest, it is now a very mainstream media form that appeals to people from all walks of life. In his lecture on the themes present in anime, Professor Marc Yamada noted how many times, entertainment becomes something that spans more than one type of media: “We don’t just read novels; we also watch the films, we go to theme parks, we even buy Lego sets.” Yamada used the Harry Potter series as an example, explaining how “we don’t really want a narrative experience of Harry Potter [when watching a film]; we get that in the novel. What we want are two things. The first is to be immersed in the world of Harry Potter. The second is to interact with the characters in the story.”

Yamada went on to say how characters are what connect the different media forms together. In the case of anime, several well-known anime (such as Naruto) began as manga series, Japanese visual novels or comics. Many of these eventually go on to become video games as well, but they all use the same characters that keep the different media consistent with one another.

How designers create these characters becomes the next important question to the success of anime. “The traditional way of thinking about this is there’s one creator behind these characters,” Yamada explained. “There’s a mastermind, there’s Miyazaki. He sketches these characters, creates them, and rabid anime fans consume them.”

Although this may be the traditional way of thinking of character creation, Yamada stated that it is more often a collaborative process that brings about these beloved characters: “We have to think about the larger studio that’s behind Miyazaki. It’s not just him. He has a whole studio of animators, sound technicians, all these people working together to create these characters.” Yamada went on to explain how modern fans have become more than just passive consumers. Fan bases often have great input into the creative process that both influences and inspires what the creative teams ultimately do.

In the early days of animation, all animated films had to be drawn by hand, frame-by-frame. Modern technology has drastically changed this; with the power of CGI, the animation process has become much less time-consuming. On the one hand, this change allows more anime than ever produced quickly, but on the other, the traditional ways of making anime are starting to disappear. Yamada noted how directors now are trying to preserve tradition while still taking advantage of new technology. Director Mamoru Hosoda, for example, often juxtaposes hand-drawn characters with CGI-made backgrounds. “There is an interesting tension going on in the animation world,” Yamada noted.

Rich, relatable characters, collaborative creative teams, and rising tension between traditional and modern ways of animating all come together to make anime a unique form of both art and entertainment. Within the stories of Miyazaki, Hosoda, and others can be found tales of family, of collaboration, and of the process of creating art itself. It is no wonder, then, that anime has ceased to be niche and has instead become an art form where nearly everyone can find a bit of themselves looking back at them.