By Doug WeatherfordNovember 8, 2019 No Comments 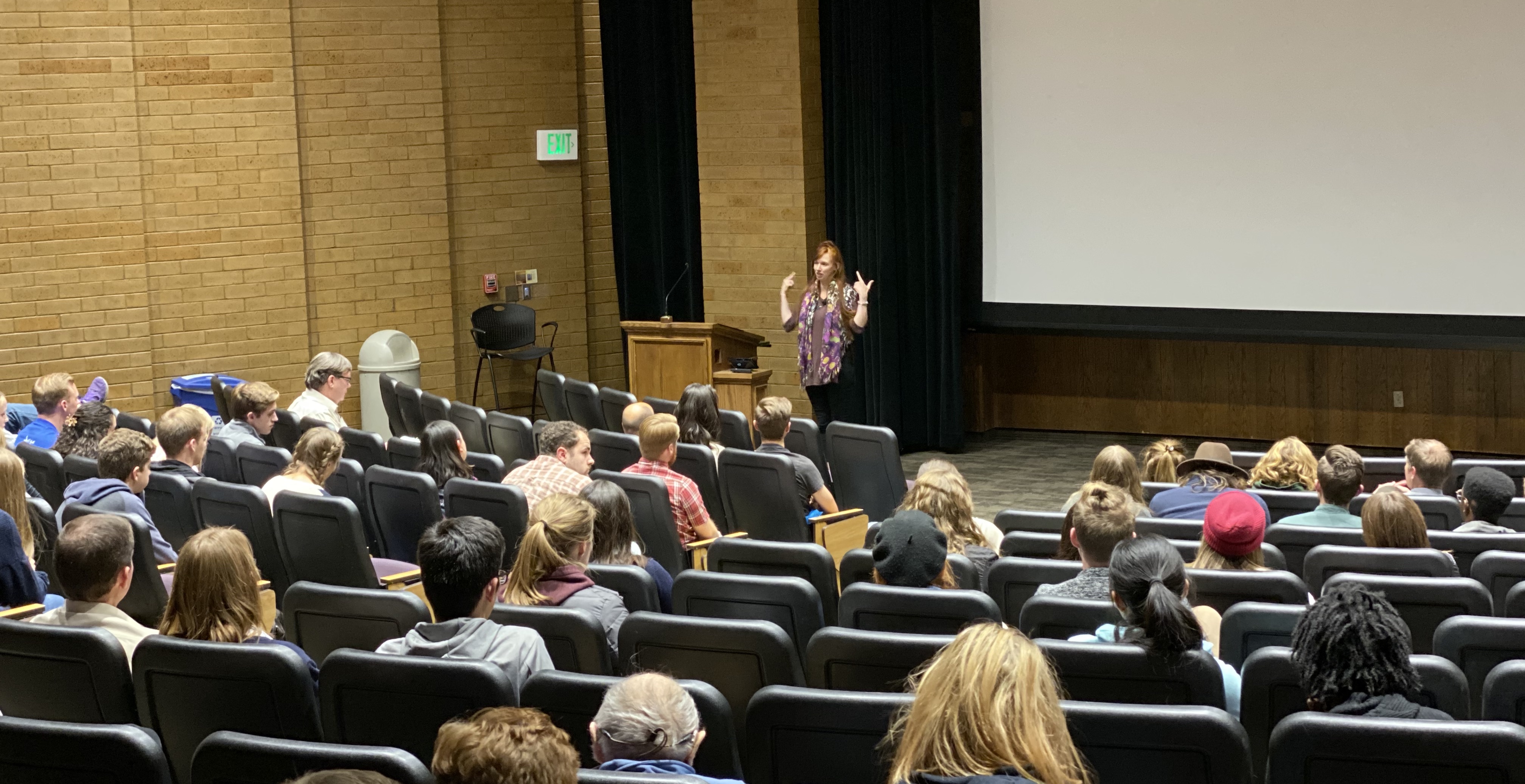 Emelie Mahdavian is the producer, editor, and screenwriter for Midnight Traveler (2019), an award winning documentary directed by Hassan Fazili about his family’s escape from Afghanistan and the Taliban and their arduous (and circuitous) journey to Europe. The Fazilis’ experience as refugees was shot completely on the family’s smartphones and then put together by Mahdavian and a team of filmmakers. Mahdavian held a discussion after a screening of the film at the IC.

Mahdavian was already part of the project while the family was traveling. She understood what Western audiences would expect from a documentary in terms of structure, and so it was her task to provide that for the film. It was much less collaborative than most projects because the director was on the other side of the planet and in the middle of dangerous situations. Mahdavian decided to end the film after the family’s arrival in Hungary as it shows how their lives are not settled just because they’ve arrived in the EU. This was just the beginning of another long process.

The goal for the film, said Mahdavian, was to make it feel as if you are traveling with the family, but the film also needed a narrative arc. These two things, she said, do not always line up nicely. So there are certain images that while powerful, were cut out because they weren’t primarily about the family and their journey. This was also one of the reasons Mahdavian chose to retain as much of the shaky, handheld, low-budget effects of the phone camera–complete with autofocus issues, shakes, overexposures, etc.–so as to make it feel more familiar and immediate to the viewers.

With over three hundred hours of footage to work with, Mahdavian had to decide what story to tell. She was most interested in showing the family as individuals so she included only those things pertinent to their case and had to limit the material about others they met along the way. She did not want the family to be faceless husks standing in as representatives of every refugee in the world. This is why the film focuses on the quiet, personal moments that are unique to them and tries to avoid generalizations. This also helps to sidestep the problem of other refugee films that, according to Mahdavian, fetishize the refugee. She said, “This is a family’s story. Not a story of all refugees.” Showing them as humans who are not accustomed to this type of suffering helps keep audiences from thinking of refugees as deserving or comfortable with their travels.

Friends and colleagues along the way met the Fazilis to back up the footage on hard drives and send it to Mahdavian in the United States. The family filmed on personal smartphones–some of which had to be replaced–and did not have a way to back up the footage themselves. Consequently, some of the voiceovers were recorded by Mahdavian when she met them in Serbia. Others were re-recorded later when the family arrived in Germany to match images and for better quality. Some events, however, were too raw to re-record, for example the father’s dream when they search for their missing daughter. The sound from these sequences had to be kept as any attempt to recreate the emotions in Fazili’s voice would fall short.

When asked if there were any clips she wished she had when editing together the film, Mahdavian replied, “Every editor on any project feels this!” She continued saying that in the editing process there is also a dream of moving the camera for a better shot but it’s just not possible, especially in this case. The voiceover in the film helps to fill in gaps, such as in the scene when the family is attacked by fascists. You don’t actually see the attack just the aftermath, so the voiceover is needed to give the scene context.

The sound design, said Mahdavian, “is actually my favorite part of the movie!” She and her team tried to use as much original sound as possible, but smartphones aren’t ideal for sound recording. Subtitles can help when the quality makes it difficult to hear, but the sound designers had to fill in the soundscape and did so with a mixture of organic and electronic sounds. They had to create a feeling of the space because they rarely had much ambient sound to work with. The soundtrack and sound design at times become indistinguishable on purpose. For example, one of the themes in the music is a chord done with voices that is based on the sounds of the car engine’s rumbling from the raw footage.

When asked about her favorite scene, Mahdavian exclaim, “When they fight! That is also [the mother’s] favorite scene!” Mahdavian also explained that the family is now living in Germany but have not yet been accepted for full residency. When asked if the father was still filming, Mahdavian responded with a smile, “I don’t ask.”