By international cinemaMarch 11, 2019 No Comments 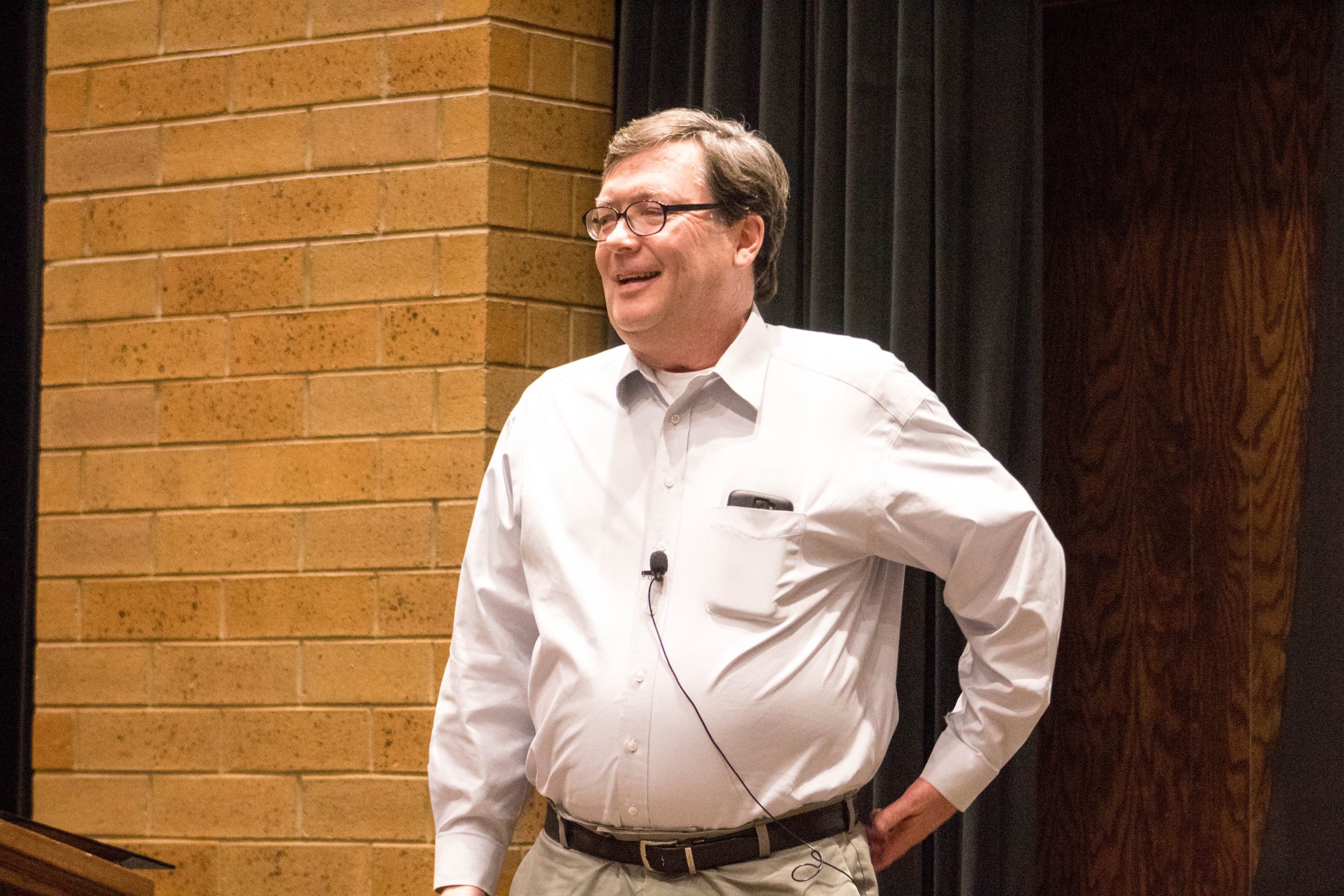 PROVO, Utah (21 February, 2019)—Heart-pounding action. Unforgettable stories. Elevated genres. All these can be found in the movies of Alfonso Cuarón, Alejandro González Iñárritu and Guillermo del Toro. These directors have come to be known simply as los tres Reyes Mexicanos de Hollywood, or the three Mexican kings of Hollywood.

At one of BYU International Cinema’s weekly lectures, Dr. Gregory Stallings further explored del Toro’s techniques. Stallings noted how del Toro frequently uses unique color palettes, elaborate backgrounds, and oblique references to Latin American culture and history in his films. Watching del Toro’s newest hit, The Shape of Water, one can find gorgeous shades of green present throughout the film. The sets and costumes themselves are also beautiful, another hallmark quality of del Toro’s expertise. Stallings noted how “Some people say he makes films for DVD watchers so you can stop the frame and kind of worship him and see the skillfulness of the mise-en-scène.”

Del Toro’s films, although visually stunning, are not meant merely to sate the visual appetite of viewers. Stallings remarked on how they satisfy viewer’s hunger for new stories by taking the cliché or washed-out and making them new again. “[Guillermo del Toro] loves genres that historically have been marginalized,” Stallings noted. “He’s always trying to elevate genres.” In doing so, Stallings reminded, del Toro is able to pose questions that really make the audience think.

Stallings went on to say that The Shape of Water includes a clear warning against the danger of seeing the world in terms of us versus them. He noted how the film works to give voices to those who are often ignored or cast aside in society through its representation of racial minorities, women, and those with disabilities. Stallings further argued that although the film is very much a fairytale in some regards, it deals with real issues that we are being faced with today: “We see these themes of immigration and empathy for the other.”

Stallings ended the lecture with a quote from Guillermo del Toro himself: “The only thing that Jesus, Buddha, and the Beatles agreed on was that all you need is love.” He wholeheartedly agreed with del Toro, reminding that all of his films “have to do with something positive, with spirituality, with love, and with optimism.” All those positive subjects, Stallings noted, are perhaps the greatest things we can take away from del Toro’s masterful films.