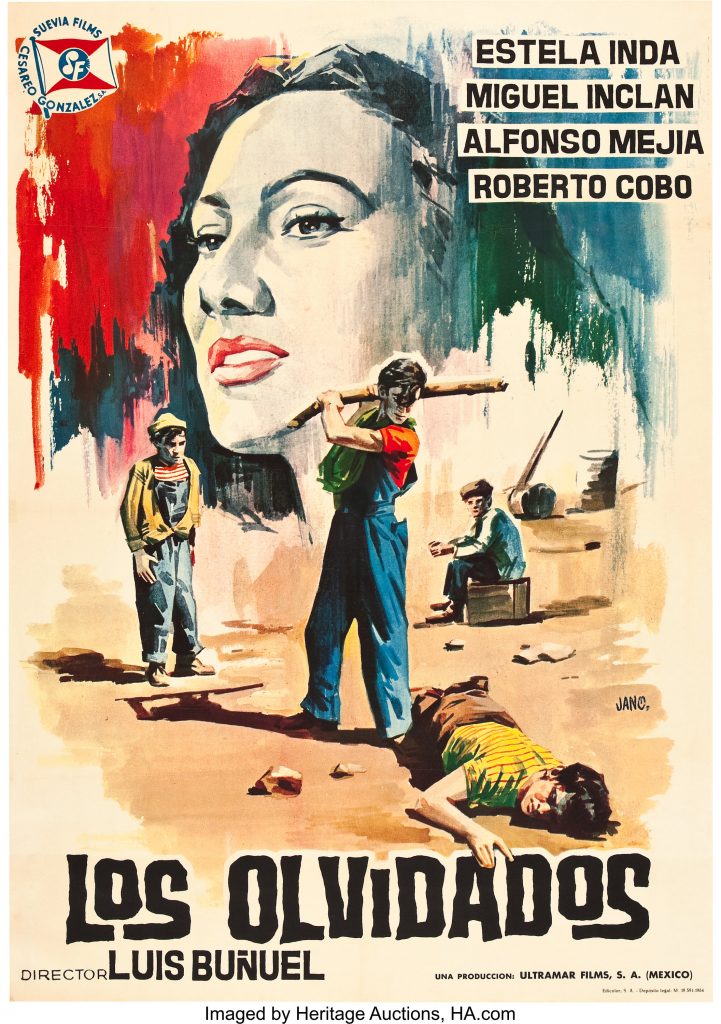 Often considered Mexico’s most important film, Los olvidados by exiled Spanish director Luis Buñuel created a stir when it first appeared. Centered on a group of juvenile delinquents, the film contradicts the view of many Mexican filmmakers and artists— including Diego Rivera—of a nation on the rise.