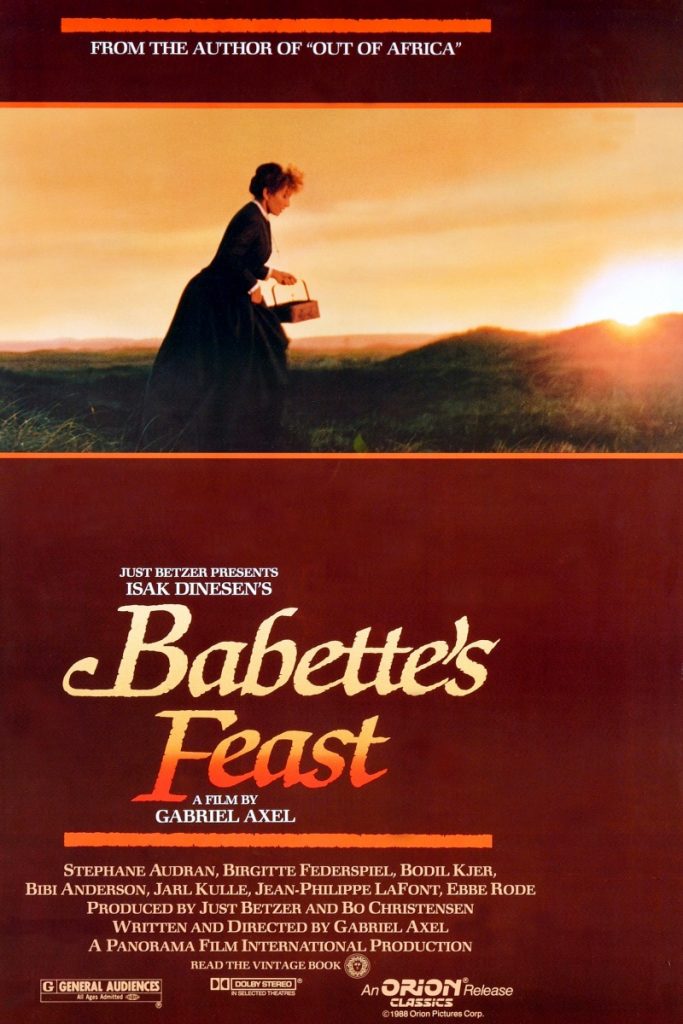 An insular town on the drab Danish coast takes in a French refugee in the late 19th century. A celebration of the culinary arts’ ability to nourish connections between neighbors, parishioners, and lovers. Adapted from Isak Dinesen’s short story, this film won the Oscar for Best Foreign Language Film.