Incredible Strength in the Face of Evil: Nadia Murad

By international cinemaApril 16, 2019 No Comments 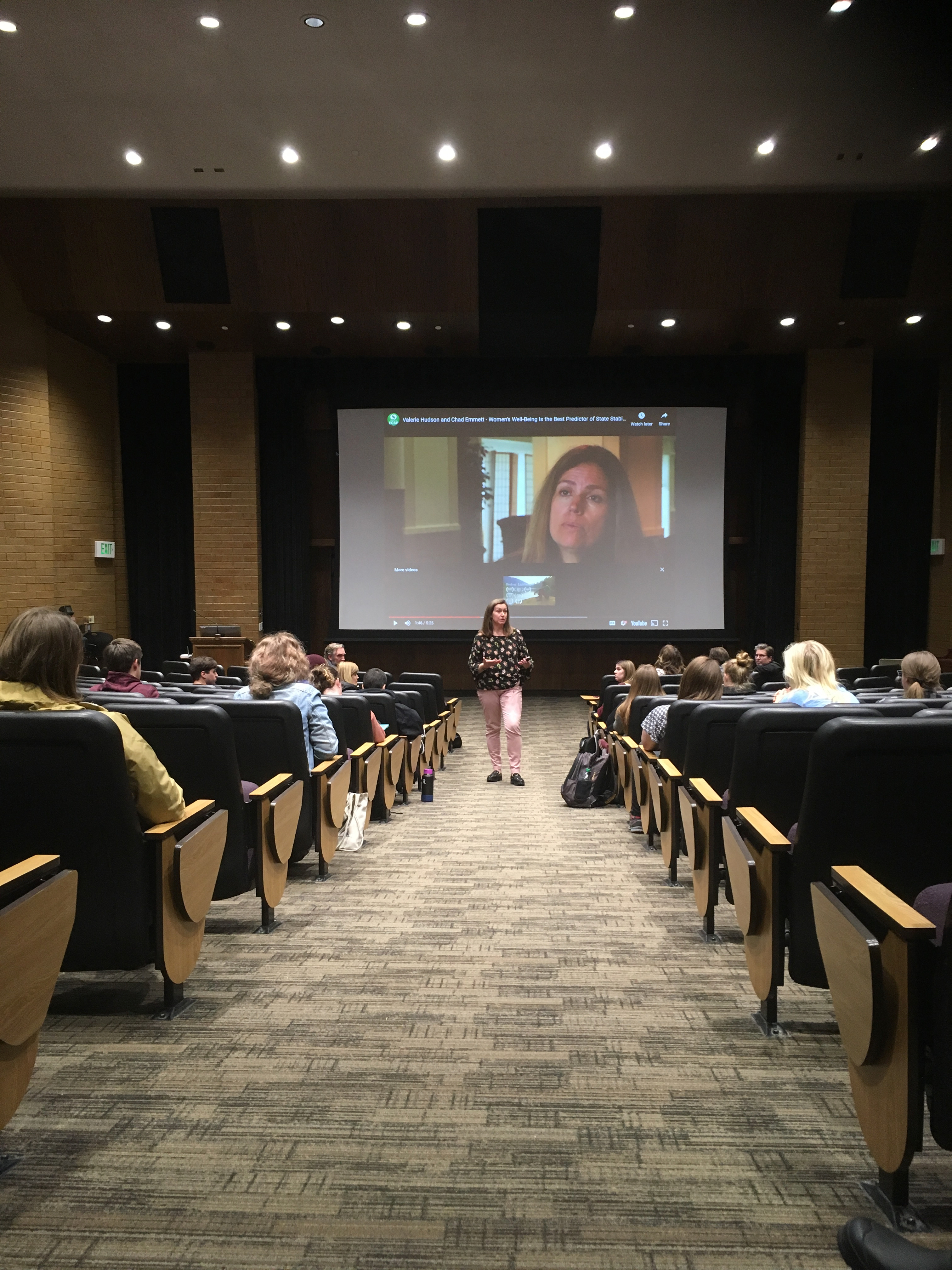 Mary Ann Shumway McFarland lecturing about the film “On Her Shoulders” at International Cinema, March 2019.

PROVO, Utah (March 6, 2019)—Mary Ann Shumway McFarland spoke at one of the latest International Cinema lectures about Nadia Murad, winner of the 2018 Nobel Peace Prize. In 2014, Murad had been kidnapped from her home and sexually enslaved by the Islamic State (ISIS). This assault was a part of their campaign against all non-Muslims, including the monotheistic Yazidi minority group that Murad belongs to.

Thankfully, Nadia Murad was able to escape her captors after three months of torment. Now, she works to raise awareness for those still held captive by ISIS. McFarland commented on the immense courage and strength Murad has demonstrated in speaking up for those still captive. Rather than letting her experiences break her, Murad has allowed her experiences to strengthen her.

McFarland noted that in modern politics it is often difficult to get the right people to listen to the whole story. She remarked that “Nadia Murad is trying to. . . condense [the details of her story], to bring them down to a time where important people have the attention span to listen to her story.”

Many have listened. Since Nadia Murad won the 2018 Nobel Peace Prize, many people know her name and story. The documentary film On Her Shoulders (Alexandria Bombach, 2018) has been made to help bring Nadia Murad’s story to those who have not yet heard it. To conclude, McFarland shared her hope that those who watch the film “will see we actually have a lot in common with Nadia Murad even though she’s from the other side of the world.” McFarland also urges us to “watch what [Nadia Murad’s] lifestyle is as she becomes a spokesperson and a mouthpiece for her people . . . [and] appreciate the fact that you are already in a place that is aware of situations like [Murad’s] and is actively working on how to assist and help women globally.”