Ebb and Flow in the Films of Jia Zhangke

By Doug WeatherfordOctober 24, 2019 No Comments 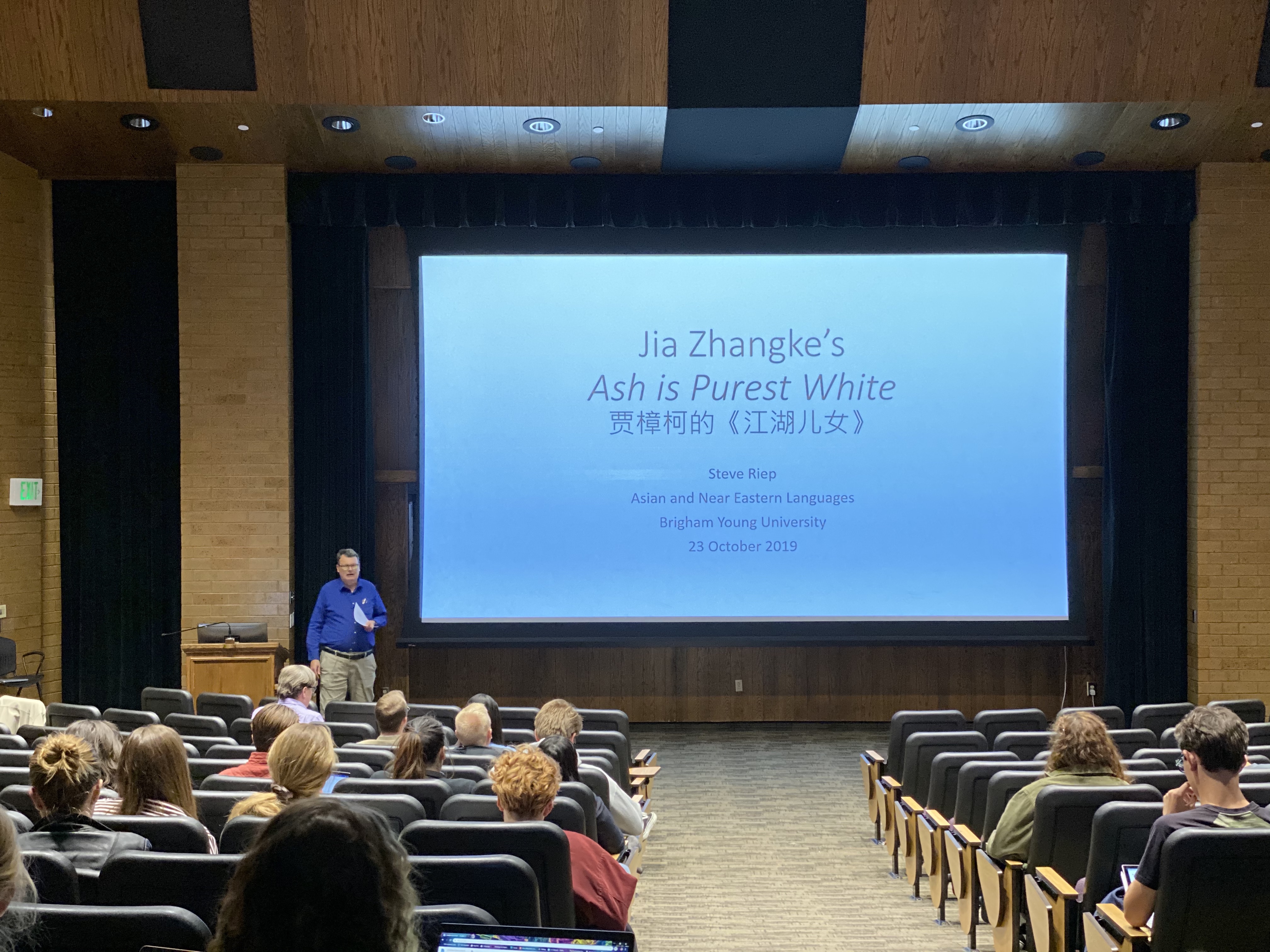 “Jia Zhangke is probably one of China’s most popular and best known directors,” said Dr. Steven Riep of the Department of Asian and Near Eastern Languages. Ash is Purest White (2018) is Jia’s latest film. Jia was born in Shanxi province in the 1970s—amidst the Cultural Revolution, which marked an incredibly turbulent time in China’s twentieth century. He first studied art, then after being inspired by Chen Kaige and Zhang Yimou’s film Yellow Earth (1984), he wanted to become a filmmaker. He went on to study at the Beijing Film Academy where Chen, Zhang, Tian Zhuangzhuang, and other famous Chinese filmmakers had studied.

Notably, Jia is one of the foremost directors in the “sixth generation.” These are the Chinese directors who followed Chen, Zhang, Tian, etc. They are grouped together for their similar aesthetics and interests namely in using digital cameras, handheld cameras, and naturalistic lighting to make independent, underground films. They often focus on real life and urban areas and eschew costume, genre, and period films. Within Jia’s own filmography we see that he is especially interested in the massive changes in society, particularly the conflicts and compromises between communism and capitalism in contemporary China. He is also interested in alienation and disorientation in society. Both of these commonalities also appear in Ash is Purest White.

The film takes place over roughly seventeen years divided into three distinct acts with gaps in-between. It begins in 2001, at a small coal-mining town in Jia’s home province, Shanxi, which borders Inner Mongolia. This town, Datong, has been in decline as the coal business as been failing. Qiao (Zhao Tao) is dating one of the town’s leading crime bosses, Bin (Liao Fan). He is attacked by a group of up-and-coming rival gang members and is saved by Qiao firing off an illegal firearm. Qiao is sentenced to five years in prison but Bin only to one. The film then jumps forward to her release in 2007. Now Qiao is traveling along the Yangtze River in Central China as she tries to find Bin again. After they meet, the film then jumps forward another decade to 2017 and returns to Datong.

Riep noted that the film is placed in the International Noir series this semester and pointed out ways in which this was both accurate and misleading. Many noirs are crime dramas which Ash is, especially with its myriad of references to Hong Kong gangster cinema. Noirs also tend to explore existential philosophies about values and virtues which this film also does. Ash is not, however is not filmed in the same low-light, high contrast black-and-white style that is so prevalent in key film noirs, rather this film is fairly bright and colorful, especially in the second act. In many film noirs there are intense sexual motivations and while this film certainly has that between Qiao and Bin, the relationship is not noir-esque. Their relationship, while sexual, is more about loyalty and fidelity than the relationship in many noirs and Qiao is no femme fatale.

Lastly, one important key to understanding Ash is Purest White is the notion of jianghu. Literally, river and lake, jianghu has served as a euphemism for martial arts practitioners, castaways, and more recently, organized crime. Jianghu serves as a parallel world to the government in that it also features similar structures of bosses, middlemen, etc., and follows a strict moral code. Organized crime is intensely focused on loyalty to the system, the moral code, and to your leaders, not unlike the moral code of Confucianism. Qiao embodies this in her respect and care for her father, her hometown, and her boss/boyfriend. But is she loyal to a moral code and is she loyal to herself?