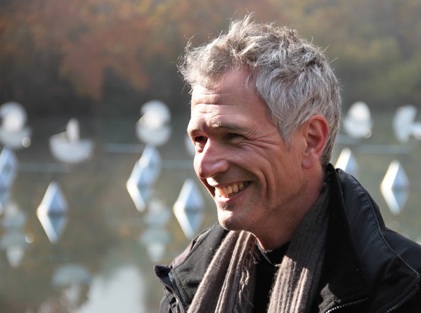 Thomas Riedelsheimer (* 1963) is a filmmaker, cameraman and photographer. He first developed a strong interest for photography before he started studying documentary filmmaking in Munich. With his successful film „Rivers and Tides“ about landart artist Andy Goldsworthy he gained an international reputation and specialized in films about art. In his films he is responsible for directing, photography and editing but clearly his interest has always been strong visuals. Recently Thomas Riedelsheimer came back to still photography with an exhibition of his photographs in Mexico City.

Thomas Riedelsheimer has won major national and interational awards for his work. He is a member of the German and European Filmakademie and a part-time professor at a German film school. He is married, has two children and lives in Munich, Germany

Stefan Tolz and Thomas Riedelsheimer are partners in Filmpunkt GmbH, a film production company based in Cologne.