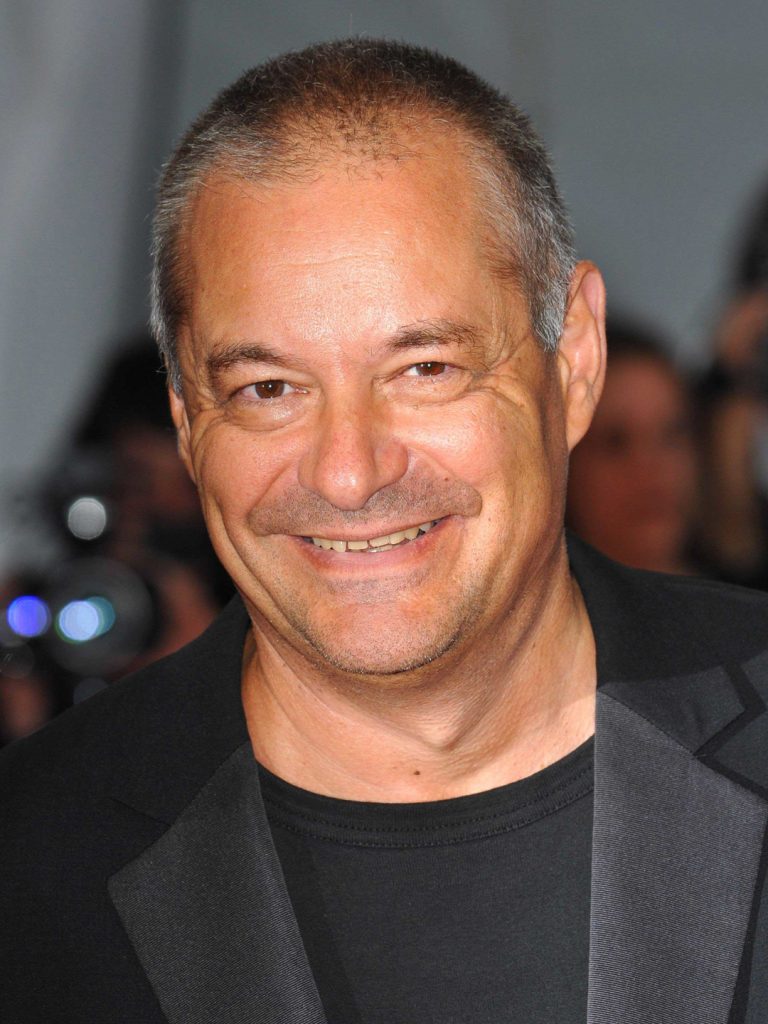 Jean-Pierre Jeunet is a self-taught director who was very quickly interested by cinema, with a predilection for a fantastic cinema where form is as important as the subject. Thus he started directing TV commercials and video clips (such as Julien Clerc in 1984). At the same time he met designer/drawer Marc Caro with whom he made two short animation movies: L’évasion (1978) and Le manège (1981), the latter winning a César for the best short movie. After these two successful movies Jeunet and Caro spent more than one year together by making every detail (scenario, costumes, production design) of their third short movie: The Bunker of the Last Gunshots (1981). This movie combined sci-fi and heroic-fantasy in a visually delirious story of the rising paranoia among soldiers trapped underground. With that movie they garnered several festival prizes in France. (This movie also marked their first collaboration with Gilles Adrien who later wrote the story of their two feature movies with them). After that Jeunet directed two other short movies without the help of Caro: Pas de repos pour Billy Brakko (1984), then Things I Like, Things I Don’t Like (1989) where we could already see Dominique Pinon who will be another regular collaborator of Jeunet. All Jeunet’s short movies won a lot of awards in France but also overseas and he won a second César with Things I Like, Things I Don’t Like (1989).

In 1991, Jeunet and Caro took their first steps in a feature movie: Delicatessen (1991). It was such a success that it won 4 Césars including the awards for the best new director(s) and the best scenario. For this movie Jeunet and Caro divided responsibilities with the former guiding the actors and the latter coordinating the artistic elements. And Jeunet showed again his liking to have Dominique Pinon, of course, but also Rufus, Jean-Claude Dreyfus and Ticky Holgado who will appear again in Jeunet’s next movies, or Maurice Lamy who already had a little role in Things I Like, Things I Don’t Like (1989). The success of Delicatessen (1991) even surprised Jeunet and Caro themselves but they took advantage of that in order to finally make their almost-10 years-old project! This project took more than 4 more years to be carried out but the movie is enormous: The City of Lost Children (1995) was a black tale and was so innovative at this period that they needed to create new softwares for the special effects (mostly made by Pitof). Jeunet and Caro kept the same responsibilities as in Delicatessen (1991) and the movie also combined different international skills: American actor Ron Perlman, Chilean-born actor Daniel Emilfork, Iranian cinematographer Darius Khondji (who was already in the crew of Delicatessen (1991)), Americo-Italian composer Angelo Badalamenti and French fashion-designer Jean-Paul Gaultier for the costumes. While the film was supposed to be suitable for children, some considered it “dark”, to which Jeunet and Caro replied that it was no more “dark” than Pinocchio (1940) or Bambi (1942).

But these critics didn’t stop the movie from being successful and when the movie gained them further attention, it was only a matter of time before Hollywood called them. Thus in 1997, Jeunet left France to make a temporary career in the USA for the fourth episode of the ‘Alien’ series: Alien: Resurrection (1997). Marc Caro followed him just as a design supervisor but Jeunet brought with him a little army’ of his usual collaborators (mostly French): actors Dominique Pinon and Ron Perlman, but also Pitof, Darius Khondji or editor Hervé Schneid, and for the first time Alain Carsoux who later will be responsible of the special effects of Jeunet’s next film. In 2000, after two collaborations with Caro and one with the Americans, Jeunet came back to France in order to make a more personal movie, even if Guillaume Laurant wrote the story with him. Thus he used a lot of different details he wrote everywhere during his life (and also recycled things he’d already done, e.g. in Things I Like, Things I Don’t Like (1989)) and shot his story mostly in the Parisian suburb of Montmartre where he lives. Then the result was Amélie (2001) starring Audrey Tautouand Mathieu Kassovitz. With this movie Jeunet made the biggest worldwide success of French cinema history. A real magical potion, which won innumerable awards in the whole world including 4 Césars (therefore Jeunet won his fifth and sixth Césars!).

Jeunet eventually decided to adapt Sébastien Japrisot‘s book A Very Long Engagement(2004) for which he called Audrey Tautou and Dominique Pinon again, but also many other famous French actors and Jodie Foster. It had been one of the most important budgets in French film history and eventually had a good international success and many nominations and awards.